The credit card "scheme" and controversy of U.S. college students (4) 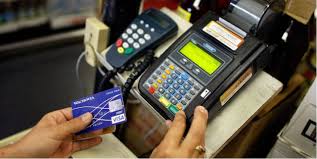 Mann (2005) argues that card issuers design and market their products and draw up contractual terms that deliberately take advantage of the typical consumer's psychological cognitive shortcomings (e.g., enticing consumers with lower introductory interest rates and no annual fees so that they do not pay attention to normal interest rates and default terms), and that minors who lack judgment are more likely to be misled (similar to getting minors to smoke) and fall into early patterns of overdraft spending and debt.

Jekot (2006) argues that in the United States, although credit cards have as many uses for college students as they do for others, from online transactions to booking airline tickets to other transactions. However, it is not necessary. Students can still pay with cash or debit cards; credit can be established not in a hurry during the college years, but after they have worked and have a stable income. Banks profit from the college credit card market, but this comes at some social cost (bankruptcy is the most obvious consequence with negative externalities). As Bermant and Flynn analyzed the age share of people who filed for bankruptcy in the United States in 2000, the highest was 40-44 years old, at 16.3%, followed by 25-29 years old, at 15.2%, and 5.4% in the college age group (it is terrible to file for bankruptcy at the college age). It is speculated that the high probability of bankruptcy in the 25-29 age group may also be related to the debt accumulated during the college years.

Jekot points out that it is not enough to educate about financial literacy in credit education (e.g., letting students know that being able to make minimum payments does not mean you will be solvent enough, and how long it will take to pay off what you owe just by making minimum payments), but more importantly, a deep basic financial perspective/values education, so that students understand that a college education requires short-term sacrifices for longer-term benefits (studying now Students should understand that short-term sacrifices are needed in college education to obtain longer-term benefits (they cannot earn money now and are constrained to spend accordingly, which is for higher income later), and that some desires can only be deferred (if what they consume is not essential, they should wait until after they work to enjoy it, instead of hoping to pay off their debts after they work). With this philosophy, one can resist all the temptations given by the card issuers and be less influenced by their marketing tactics that try to change consumer behavior (all kinds of wonderful advertisements, gifts, discounts, credit limit increases).

Manning provides an insightful analysis of the use of credit cards by college students in "Credit Card Nation". Already extremely common in the United States, student credit cards have profoundly influenced student spending patterns and shaped the younger generation's perceptions of credit and debt. There is a need for credit card use; the rapidly increasing cost of a college education and the shortage of low-cost student loans have forced many students to rely on credit cards as a means of financing that can be paid off only after they work. Also credit cards are a means of bridging temporary shortfalls in income and expenses, such as when parents' living expenses are not remitted on time for various reasons and the money earned from summer jobs runs out at the end of the semester, so they have to take out an overdraft and pay it off again by working during winter break. Such changes in student credit card debt are dynamic and related to many factors such as the student's grade level, school year cycle, and holidays.

In his book Fault Lines, Rajan, a former governor of the RBI, writes that "the opposing views of credit as a key to opportunity and a means to the consumption you deserve, or as a sinful debt and a future you pledge you will never have - these two ideas have been woven throughout American history. . The former tends to be popular in times of prosperity, while the latter becomes mainstream in times of recession. Are we going to want to enjoy the creative energy of finance, or do we believe that finance is so dangerous that most people should not approach it and that we should limit it?"

According to Rajan, "society's attitude toward financial reform depends on whether it believes that individuals and companies are largely capable of making rational financial decisions given the appropriate means. The overall trend in civilized democratic societies is to continually expand the power of choice for all rather than restrict it, let alone restrict it only to specific groups of people." But young people, especially students, still lack the self-control and ability to repay their loans and need certain restrictions and protections.In 2009, the Credit Cardholders' Bill of Rights was passed in the U.S., which prohibits the issuance of credit cards to young people under the age of 18 and attaches rules and restrictions to the issuance of credit cards to full-time college students who have reached the age of 18 but have not yet reached the age of 21.