The credit card "scheme" and controversy of U.S. college students (3) 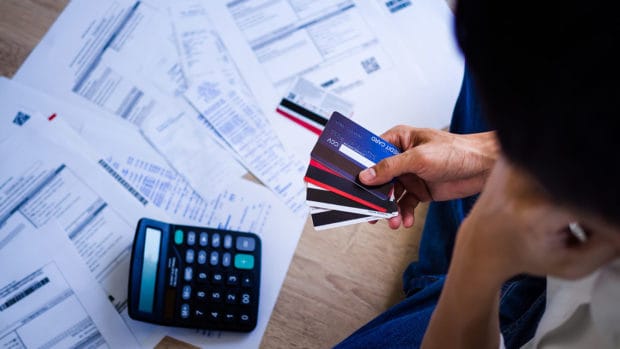 A spokesman for the American Bankers Association argued that the bill was unnecessary and discriminated against young borrowers. Senator Dodd introduced the Credit Card Act of 2005, which would have required people under 21 to apply for a credit card with a cosigner and show an independent source of income, or provide some proof. Opponents of this bill have argued that people over the age of 18 have the freedom to enter into independent contracts as required by law. The Protection of Young Consumers Act of 2006, introduced by Senator Menendez, would also restrict card issuers from marketing credit cards to people under 21 years of age. However, these bills have not yet been passed.

2004 Survey. Nellie Mae, a U.S. student loan originator, conducted an analysis of credit card use among college students who applied for their loans (note: this is important to note that it was not a random sample and may be higher than the actual average). College students' use of credit cards has gone through a process of rising and then falling in recent years.

Nellie Mae estimated that the credit card market for college students is basically approaching the saturation point, and the percentage of cardholders may fluctuate around 80%; the decline of the relevant data reflects the social concern about the credit card problem of college students and the effectiveness of cardholder education received. The use of credit cards becomes more common as the grade increases; in 2004, only 42% of freshmen had credit cards, while 91% of senior graduates had credit cards. 56% of seniors had four or more credit cards, and only 15% of freshmen had that many. The average outstanding balance for seniors is $2,864, compared to $1,585 for freshmen.

Nellie Mae's survey shows that direct mail remains the top way college students get credit cards in terms of balances applied for, followed by recommendations from parents and then direct marketing on campus. 21 percent of college students surveyed said they pay off their debts each month, and 44 percent said they make more than the minimum payment each month, but have some outstanding balance. Only 5% of the respondents did not have any part-time jobs and were totally dependent on their families, and 30.5% of the students even worked more than 20 hours a week, making them the group with the highest average overdraft, raising concerns about whether these students were working so much to pay off their debts that their studies would be affected.

But the decline in outstanding credit card balances may also be masked by the fact that students who are unable to pay their debts are being encouraged by card issuers to take out student loans to pay off their credit card debt, with student loan amounts at an all-time high (Scurlock, 2006). The number of college students filing for bankruptcy is still on the rise (Northway, 2007).

A TERI/IHEP questionnaire survey in 2000 with a broader sample than Nellie Mae showed that 64% of students had at least one credit card, somewhat lower than Nellie Mae's 78%.

Nellie Mae believes that college students should be educated about the costs and responsibilities of various forms of credit, including credit cards, so that they can use them responsibly.

A test of personal finance basics (including credit use) administered by the Jump$tart Coalition to high school seniors showed that in states with high bankruptcy rates, students scored an average of 55.6, and in provinces with low bankruptcy rates, students scored an average of 70.3. This reflects the possible role of having knowledge of credit and money management in preventing falling into debt and bankruptcy problems. However, there is also evidence that credit education has a limited role to play, especially if it is only a short course of one or two days.