The credit card "scheme" and controversy of U.S. college students (1) 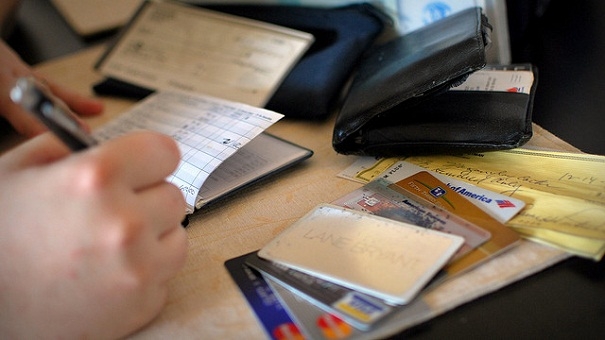 An ad on a U.S. credit card marketing website, "Best Credit Cards for College Students," begins with the following statement: You think you don't need a credit card? Think again. Many college students rely on debit cards, mobile payments or cash. But one problem is that with this type of payment you don't build a credit history. When you graduate from college, you may need your credit history to rent an apartment, buy a new cell phone or apply for a car loan, and potential employers may check your credit report. The sooner you start using credit cards, the sooner you can start building a credit history. Having a good credit history means you can take advantage of lower interest rates on loans in the future.

But why can't college students, who don't yet have much earning power, use their debit cards to live within their means, instead of using credit cards to make overdraft purchases? Why can't you start building your credit history when you have a regular job? This rhetoric of "start building credit history early" is really a successful business model built by various credit institutions and credit bureaus. However, for college students, starting to use credit cards early may not always help them build a better credit history, and there are many people who work to pay off their debts, and in extreme cases, they file for bankruptcy and commit suicide. This has led to debate and wrangling among card issuers, schools, parents, social groups, legislatures, and academics.

As the U.S. credit card market approached saturation in the late 1980s, card issuers intensified competition for the submarket (customers with lower credit scores) and the college student market in order to further expand the credit card market. The expectation was that students would have higher outstanding balances; because of their higher risk level, higher interest rates could be set to them; and, college students were a population with higher expected income; practice showed that a college student was very loyal to his first credit card (Ellingsworth, 1997), and cultivating a customer relationship facilitated the student when he needed financial services such as car loans and home loans after graduation The bank will continue to be used after graduation. Issuing cards to college students both earns money today and nurtures future customers.

Card issuers are flocking to campuses and competing to attract college students with no income and no credit history to apply for credit cards by giving out gifts on site. Advertisements for credit cards and direct mail application forms littered dorms, cafeterias, and classrooms, and in the early 1990s, card issuers eliminated the common practice of requiring parental co-signatures for credit card applications for those under 21 and adopted more aggressive marketing practices.

In 1998, the Public Interest Research Group (PIRG) conducted a survey of college credit card debt, with the following major findings.

Second, direct campus marketing is an important marketing method. Sixty-one percent of students who paid themselves applied for their credit cards on site at the card issuer's booth on campus, while 41 percent of those whose parents helped with payments applied in this way. And the number of cards held per student who paid off their own credit card this way (2.6) and the outstanding balance ($1,039) were higher than those who did not obtain their card this way (2.1 and $854).

Third, late payments are more common. 28% of respondents have made at least one late payment in the past two years. And many banks charge a penalty rate of 22-28% for 1-2 late payments in a year.

Fourth, there is not enough credit card education, etc. PIRG has made a number of recommendations to schools, students and Congress, such as recommending that schools, unless students are educated about credit cards, should prohibit the practice of card issuers giving out small gifts to students for filling out application forms and should not allow card issuers to pay groups of students based on the number of credit card applications; recommending that students carefully consider the risks and benefits before applying for a credit card and try to pay off their debts and hold only one card; and recommend that Congress hold hearings and legislation on the rising problem of student credit card debt.